Last week I wrote about a brilliant Tourism Cooperation Forum 2017 “Sustainable Mountain Resort Development” in Gudauri in northern Georgia, where practitioners from all regions discussed the challenges and opportunities for sustainable mountain tourism. Tony Hanmer who lives in the village of Etseri (Svaneti region) was one of the active participants.

Here is Tony’s account of the event, published in Georgia Today. It is great to see that it was “an eye opener” for him and that “the synergy was palpable”. http://georgiatoday.ge/news/8134/Doing-Tourism-Right%3A-Gudauri

Tony Hanmer is a friend of mine who helped me organise a great community meeting in Etseri during the community consultation I run in May-June 2016 for the Transcaucasian Trail (TCT) project. He has lived in Georgia since 1999, in Svaneti since 2007, and runs a guesthouse in Etseri with his lovely wife Lali. 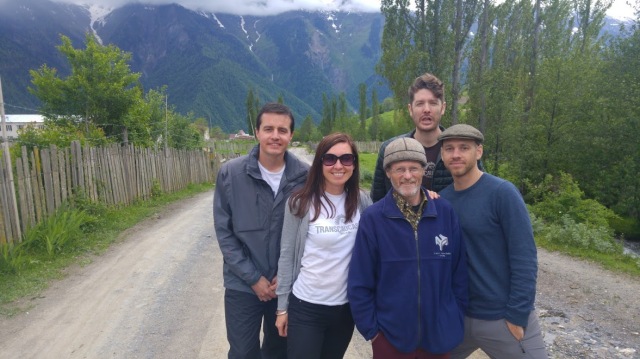 Tony was one of my “gate keepers” – someone who I had briefed extensively about the TCT project and the aim of the community consultation, and who supported me throughout the whole (sometimes daunting) process of organising the consultation in the remote mountainous region of Georgia from my desk in the UK.

He dedicated a lot of time and effort to gather the residents of all ages to participate in the consultation, which not only resulted in one of the most useful meetings we had, but also in amending our plans as to where to build the TCT and go west of Mestia, rather than east. But that’s a different story for another blog.

Over the last 15 months, Tony has also been helping with my academic research on Svaneti and it tourism-related issues for my MSc in Responsible Tourism Management. He has a great understanding of sustainable tourism and valuable experience on the ground, so I didn’t hesitate to recommend him to GIZ Georgia as one of the participant of the Tourism Forum. GIZ carefully selected the invitees as the aim was to come up with realistic actions to tackle the key challenges in mountain tourism. 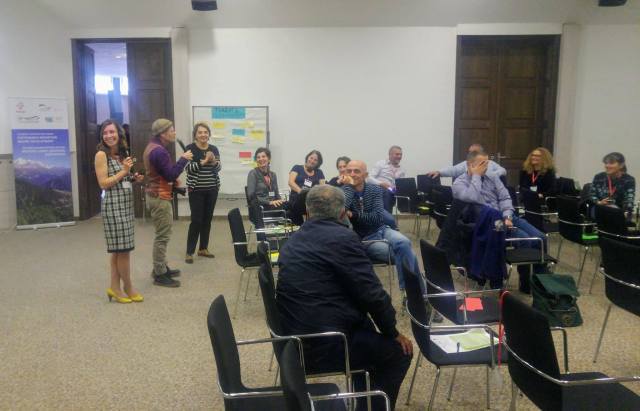 I have suggested a few people from Svaneti who who have also helped me out over the last two years, and who I thought would provide an invaluable input to the conference’s aim but will also benefit from it. David Khergiani and Irma Khergiani (who work at the Tourism Information Centre in Mestia) also travelled across the whole country to attend, and I am very grateful for their active participation and input. It was also great to reconnect after months of not seeing each other.

And if you are thinking of going to Svaneti, don’t just rush to Mestia like everyone else but stop en route in Etseri, about an hour before Mestia. You will support the local community that has a lot to offer. Tony and Lali run a warm and hospitable Hanmer Guest House and the only shop in Etseri full of home-grown and home-made products, and they can tell you where to go and what to see locally that will benefit the local people. And this is what sustainable tourism is about 😊

I am a sustainable tourism specialist on the Caucasus region. I have been going back and forth to Georgia since 2001 as a traveller, tourism development professional and academic researcher. Now working as a Sustainable Tourism Expert for the World Bank and GIZ projects in Georgia on DMOs, regional and national marketing, and mountain tourism development. More on my blog: oneplanetblog.com and tweet @oneplanetblog
View all posts by martas2912 →
This entry was posted in Georgia tourism, Svaneti, Uncategorized. Bookmark the permalink.