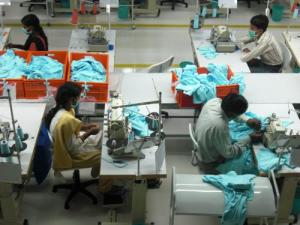 “When you bag a bargain, who pays for it?”

I have recently participated in an interesting, thought-provoking and quite moving debate with the producers of the “Dirty White Gold” documentary, and I have learnt that:

“Dirty White Gold” is a “nearly finished” documentary that is not only about the cotton farmers’ deaths and the devastating impact these suicides have on their families. The producers ask questions about the sustainability of the fashion industry, and the role of consumers, legislation, corporations and the middleman in helping the Indian cotton farmers lead a dignified life. With false promises of increased yields and lower costs, corporations like Monsanto have swooped in and locked Indian farmers into contractual agreements that make them dependent on a centralized agriculture system that, in many cases, ends up bankrupting them.

The film makers are calling for supply chain transparency throughout all levels of the supply chain. And they want consumers to ask themselves: “When I bag a bargain, who’s paid for it?”

Watch a 12-min-long taster here. Don’t despair when you listen to the two particularly memorable trendy young men on the streets of London – they might sound ignorant and pretty content about not thinking about the origin of their clothes. But they at least say that they would be more conscious [when they buy clothes] if someone made them aware [of where they clothes come from]. There is a need for the brands/fashion designers to communicate this better, and I will explore this issue in a separate post.

The film’s director Leah Borromeo says that we – consumers – are the last in a supply chain and the most removed, but we are complicit in these deaths. “The source, the origin, what happened to the farmer and what is he was paid fair matters little when one is choosing naughty knickers”, she says. Caring more about the Visible Panty Line than the Poverty Line…

Leah Borromeo also said during the debate that when she speaks to the farmers and their families, they say they don’t need anyone’s charity. They just want to be paid fairly for the hard work they have done, because they simply deserve to be paid. Sounds too obvious to be done?

The film is “nearly done” – the producers, Darthmouth Films, estimate they need another £50k to finish it. Darthmouth Films are behind another powerful film “The End of the Line” that has changed the EU fishing policy, and they believe that the cotton story will be equally impactful. Let’s help “make ethics and sustainability the norm in the fashion industry, and help fashion’s real victims.” Let’s help make this film happen. Follow the news on twitter @dirtywhitegold and @monstris (Leah Borromeo), join the FB page and donate here. Thank you.

Sustainable tourism specialist with communications, marketing and stakeholder engagement background, specialising in sustainable destination management and Protected Areas (PA) tourism. Advised and provided training on responsible tourism development for several international organizations in the Caucasus, the Western Balkans and Eastern Europe. Speaker and trainer. Mentor and an Associate Staff member at Leeds Beckett University for the MSc in Responsible Tourism Management course, focussing all academic research on mountain and PA tourism in the Caucasus
View all posts by martas2912 →
This entry was posted in Uncategorized. Bookmark the permalink.